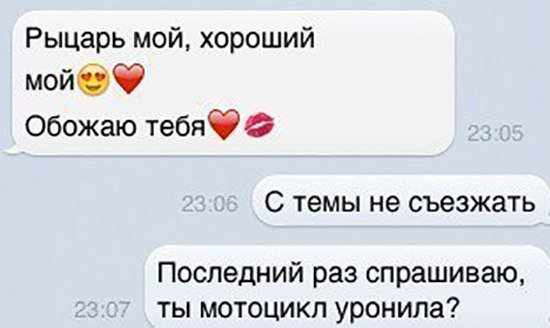 
Vladimir Kryuchkov
Hardline Soviet Communist who became head of the KGB and led a failed plot to overthrow Mikhail Gorbachev
Remembered mainly for leading the 1991 coup against Mikhail Gorbachev, Vladimir Kryuchkov headed the KGB's foreign espionage directorate for a decade before becoming chairman in 1988. Under him the KGB had significant success in the infiltration of foreign intelligence agencies. It was on Kryuchkov's watch that the KGB recruited two of its most famous and IMPORTANT moles, Ames (CIA) and Hanssen (FBI). Information they passed to the KGB unmasked a series of double agents dispersed throughout the KGB, including even the KGB's London resident.
Vladimir Aleksandrovich Kryuchkov was born in 1924 in Tsaritsyn (famous in wartime as Stalingrad, now Volgograd) into a working-class family. He worked in FACTORIES and took an active role in the Soviet Communist youth organisation, the Komsomol. After the war he enrolled in the Saratov State Institute of Law. He qualified in 1949 and worked in the district prosecutor's office.
His career changed dramatically when in 1954 he enrolled in the Higher Diplomatic School attached to the Soviet Ministry of Foreign Affairs, and within a year was posted to the Soviet Embassy in Hungary. He worked there from 1955 to 1959, under the WATCHFUL gaze of his mentor, Yuri Andropov, later to become first head of the KGB, and then leader of the Soviet Union. In Hungary Kryuchkov worked on the violent suppression of the 1956 uprising.
In 1959, when Andropov was appointed to the Communist Party Central Committee, Kryuchkov followed. When Andropov was appointed chairman of the KGB in 1967, he became secretariat chief before, in 1971, moving to the first chief directorate, which was responsible for foreign intelligence, initially as first deputy and then as its head. In 1978 he was appointed deputy chairman of the KGB.
In 1988, with the Soviet Union fast unravelling, he was appointed chairman of the KGB. He was hostile to Gorbachev's talk of reform, and tried to discredit the new leader. Discontent with the ailing Soviet regime had expressed itself partly in a resurgence of national separatist movements. Kryuchkov knew that if Gorbachev were faced with the possibility of secession en masse among the Soviet member republics he would have to use force to hold the Union together.
Kryuchkov and others in the KGB looked to those “dangerous elements” to weaken the Kremlin's authority and powerbase. They organised acts of provocation, using genuine local dissatisfaction as a base, in cities across the Soviet Union, including Sumgait and Baku (Azerbaijan), Tbilisi (Georgia), Vilnius (Lithuania) and Riga (Latvia). As predicted, Gorbachev sent in the troops, which significantly tarnished his image.
In December 1990 Kryuchkov appeared on state television to give warning of the Soviet Union's imminent collapse. This warning included a thinly veiled threat. Kryuchkov said that the KGB had its own troops, ready to do away with what he referred to as “the forces of chaos” and restore order in the land. Only much later did the world learn how close he came to deploying those troops.
Then, in 1991, he got wind of Gorbachev's plan for a new Union treaty, his sources also informing him that there would be no role for him, or those like him, in the new Union. August 19, the day before the treaty was due to be signed, was the day of the seizure of power by Kryuchkov and his allies.
It was a chilling moment. Many thought the old days were back for good. A state of emergency was announced, and Gorbachev was declared unable to continue in office. There was a news blackout, with state television instead broadcasting Tchaikovsky's Swan Lake.
But the KGB was not united behind Kryuchkov and his orders were disobeyed at a crucial moment. He was arrested for treason, expelled from the Communist Party and sentenced to prison.
He served three years of his sentence before being granted an amnesty by the Duma. Soon after release, he continued his criticism of Boris Yeltsin's regime, opinions which did not mellow over time. In later life, he expressed regret not for attempting the coup, but for not being even bolder in its execution.
He went on record, as recently as 2004, saying that these events were not a coup, but rather “an attempt to save the Soviet Union, to preserve our unified State, and secure a healthy path for its development. Time has shown that we should have acted differently and more resolutely to secure the Soviet Union's integrity.”
The twin pillars of the Russian State, the political realm and the security services, have long enjoyed a somewhat strained, competitive and mutually suspicious relationship. Gorbachev, and then Yeltsin, wrested Russia from the grasp of the KGB, before setting about the dismemberment of that organisation itself. That, for a man who devoted his life to its codes and values, seemed the ultimate treachery. Kryuchkov was driven by a sense that the system was inherently right, that its order was essentially good, and that without it Russia would be lost.
Until SHORTLY before his death he frequently gave interviews in which he referred to Gorbachev and Yeltsin's governments as administrations of traitors. Sometimes he tempered this vehement criticism with the suggestion that he recognised that significant change was needed in the Soviet Union in the 1980s, but that he advocated well-managed,

-paced change. He disliked, too, the crude venality and shadowy new elite that followed the fall of the Soviet Union.
Kryuchkov was the Soviet Union's last but one KGB head. After his arrest he was succeeded by his old enemy from the Interior Ministry, Vadim Bakatin. Gorbachev's orders to Bakatin detailed the entire dismantling of the KGB.
Kryuchkov publicly denied many of the allegations levelled against him in the course of his career, for instance, that he was behind the KGB's attempt on Pope John Paul II's life, with the simple assertion that the KGB had not carried out any assassinations on foreign soil since 1959.
Kryuchkov was thought to have been involved in Vladimir Putin's promotion to President, but he denied any direct links with him. Kryuchkov said he had only two meetings with Putin, once when Putin was head of the Federal Security Service (FSB) of the Russian Federation, and once later when he had become President, and that he was impressed with Putin's composure and discipline.
Although shortly before his death Kryuchkov raised his voice in criticism of the factionalism rife among Russia's security apparatus, he did so as part of a call for unity under Putin.
Kryuchkov is survived by his wife, Ekaterina, and his children.
Vladimir Kryuchkov, head of the KGB, 1988-91, was born on February 29, 1924. He died on November 23, 2007, aged 83