The continuing campaign to exterminate the Rohingya people in Myanmar summons the memory of Srebrenica. In Srebrenica, UN troops stood idle as thousands of Bosnian Muslim men and boys were slaughtered, while women and young children were bussed away to Bosniak-held territory. The main UN troops involved were Dutch, subject to an order from their government not to bring home any body bags; in other words, not to risk their lives. Ever since, most Dutch consider the slaughter that resulted to be a great stain on the national conscience, referred to as the Shame of Srebrenica.

In Myanmar, the world witnesses thousands of Rohingya fall victim to ethnic cleansing, carried out by the Burmese nationalist military through murder, rape, arson, and forced displacement. This time women and children are not spared. Satellite images show scores of decimated, burnt-out villages in Rakhine state, and more than 400,000 Rohingya forced to flee to Bangladesh. More than half of the refugees are children.

Oh, there have been speeches galore, even a full-throated condemnation by the head of the UN’s Human Rights Council. Words of condemnation issued from leaders in Indonesia, Pakistan, and Turkey. Words. However, the Burmese junta (which hides behind the banner of democracy) has not been put on notice that its leaders will be held accountable, that they will have to face the International Criminal Court for crimes against humanity and, if deemed guilty, a life sentence at the Hague. The junta leaders ought to be reminded of the fate of Slobodan Milosevic and Ratko Mladic.

Enjoying this article? Click here to subscribe for full access. Just $5 a month.
Beyond reaffirming the universal jurisdiction of international law, why has the Burmese regime been spared sanctions for its military’s actions? U.S. sanctions on Myanmar had been in effect for decades but were terminated by President Barack Obama in October 2016, and no new measures have since been imposed, though the U.S. and its allies have been more than willing to sanction countries, including Russia, Iran, Syria, and Venezuela, for rights abuses. Revoking the Noble Peace Prize of Aung San Suu Kyi, for betraying the cause for which she was celebrated, would amount to some small degree of international recognition of Myanmar’s disgraceful actions.

All 191 UN member nations endorsed the principle of Responsibility to Protect in 2005. The responsibility requires a nation to protect its own people or forfeit its sovereignty, building on the 1948 Geneva Convention on genocide that enjoins all nations to prevent, stop, and punish genocides, ethnic cleansing, and large-scale atrocities. The U.K. and France, with the help of the U.S., invoked R2P and invaded Libya after its leader Muammar Gaddafi threatened the rebels in Benghazi with a bloodbath. Yet the crimes against humanity in Myanmar are much more troubling; here we are confronted not with threats but with action, on a much larger scale.

Samantha Power pointed out in her book The Problem from Hell that, genocide after genocide – in Cambodia, Iraq, Bosnia, Rwanda – world powers failed to act. Genocides happen often enough for the UN, and the powers that support it, to prepare a response ahead of time. There should be UN troops, specially trained for such a mission, supported with budget allocations made ahead of time, to jump in when nations do not protect their own people, giving meaning to warnings that the world will no longer tolerate Srebrenica. For now, a few well-placed missiles on the barracks of the junta should get their attention.

One suspects that a key reason Myanmar is not subject to these kinds of meaningful acts, from sanctions to threats of limited military interventions, is that the country is being courted by the U.S. to become part of its strategy to contain China. Broadly, this approach entails building alliances and military ties with nations on China’s border, as the U.S. did in Vietnam. This courting is one reason Obama was the first president to visit Myanmar while in office. At the same time, China is keen to try to maintain, if not increase, its influence in Myanmar.

These geopolitical considerations have their place. However, when a country’s military is acting as savagely as Myanmar’s, geopolitics should be set aside. Otherwise, the often-voiced commitments to human rights will ring hollow. Leaders of the world face the same question, posed by us, by our children, and by future generations: where were you, and what did you do when the Rohingya were slaughtered in Myanmar? You let Rwanda happen; Srebrenica to take place; what will it take to make you live up to your speeches? Shame on you, shame on us.

Amitai Etzioni is Professor of International Affairs at The George Washington University. He is the author of many books including Foreign Policy: Thinking outside the Box and, most recently, Avoiding War with China. 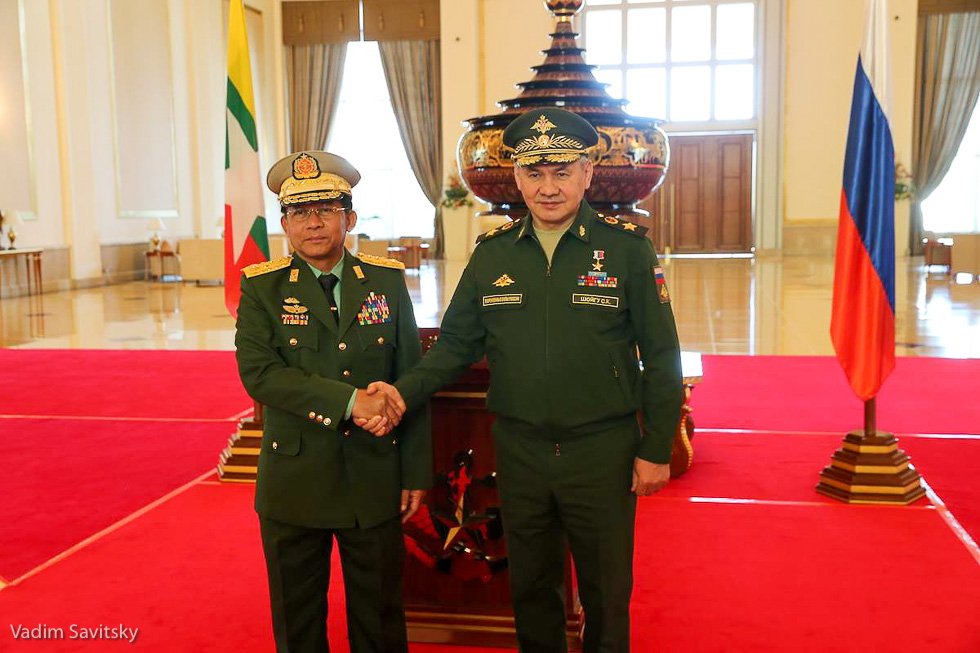